A dedicated and experienced crew of guides and anglers set off the coast off Washington to track down the elusive Albacore Tuna, and were met with some challenges and mixed results. Check out Kevin and Ashley’s full trip report and learn why Easy Doesn’t enjoy a good fight, and check out the Gerber Fish Collection.
__________

SPECIES: Albacore Tuna with Rockfish as an alternate. 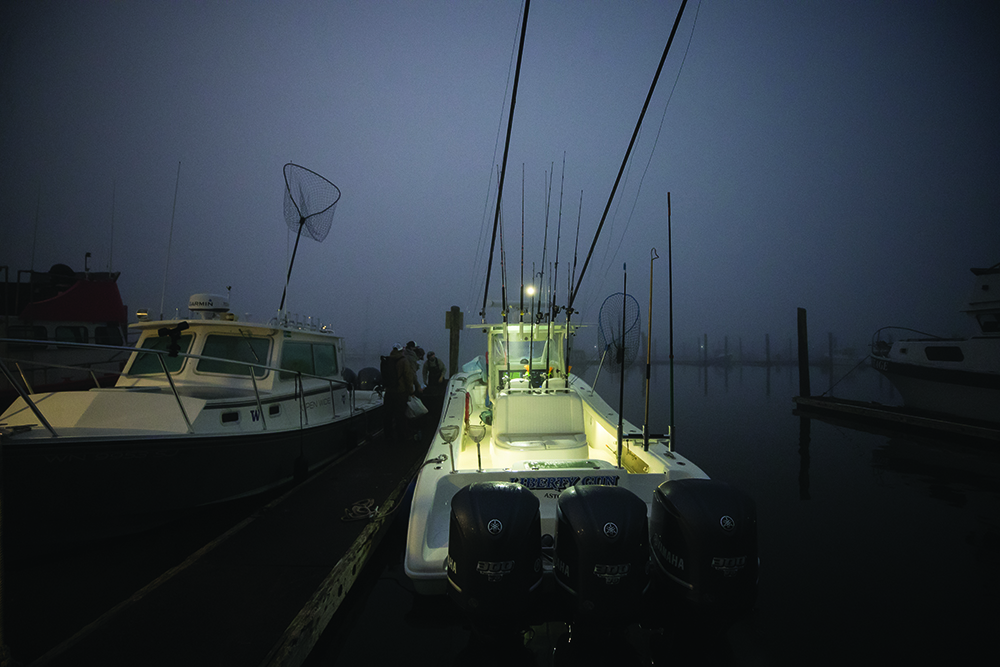 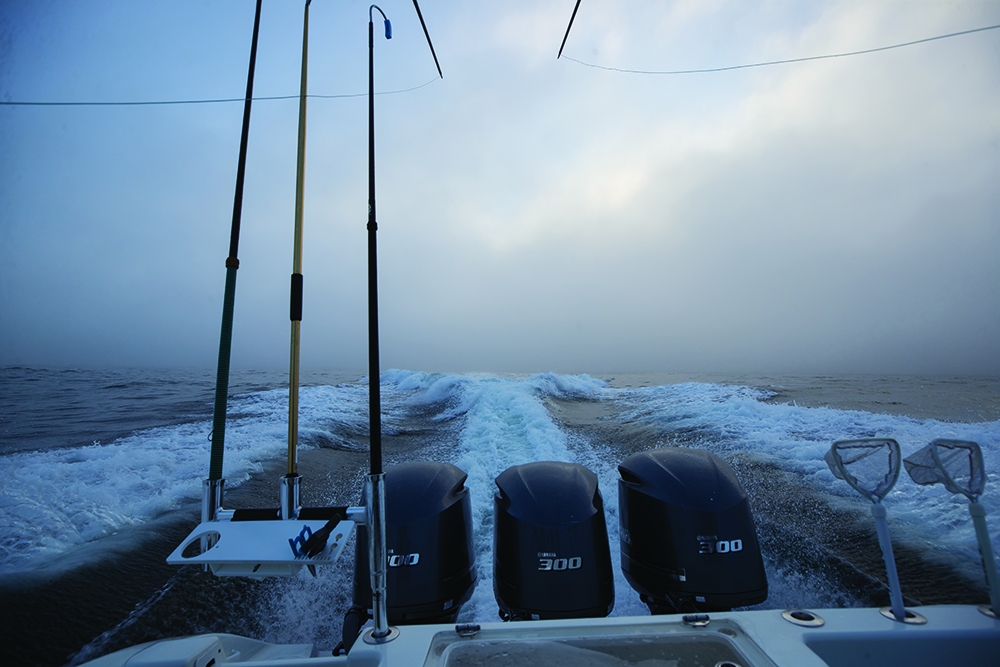 WEATHER: Moderate fog to start the day and clearing as we headed west. Heading back in we encountered moderate to heavy fog about 30 miles offshore which continued for the rest of the day. 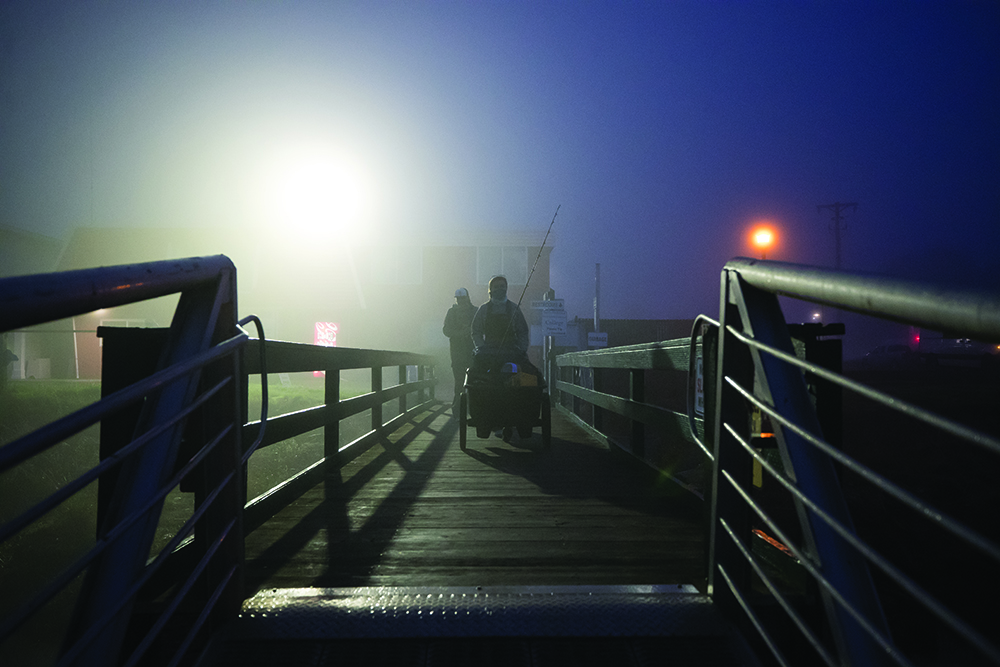 The team arrived on time, in good spirits and they were prepared for a cooler day with possible wet weather.

A potentially rough and foggy Columbia River Bar crossing made for some high anticipation in the morning. The bar was a little bumpy but not really a big deal, so fortunately we were able to get out into the ocean on schedule.

Foggy conditions made seeing possible jumping fish or tuna birds difficult. We had some time constraints for the trip because the days are becoming shorter and shorter as we move into fall. Folks that fish for a living, exist in a world based upon yesterday, with hope for tomorrow. We had been experiencing some of the absolute best Albacore fishing of the year for three days in a row until weather blew in and kept us onshore for a day. After the weather event the tuna had either gone deep or relocated. It happens. Challenging fishing to say the least. We had one opportunity when a tuna pulled a troll lure from the outrigger and didn’t hook itself.

We trolled around for a while. Ate snacks and had good times. I talked on the radio with our network of other fishermen who were out in the same area and the general consensus was, “There is no tuna love out here today.”

Having other options to salvage the day and keep it fun and productive were available so we decided to take advantage of them. The fallback plan of catching Rockfish was advised and the team decided to capitalize on it. We ran inshore from the tuna grounds and had an amazing Rockfish session! Singles and doubles on a nice grade of fish filled the boat quickly. Ashley Nicole Lewis had a double on a very nice Lingcod as well as a Black Rockfish, cool to see and pretty rare! 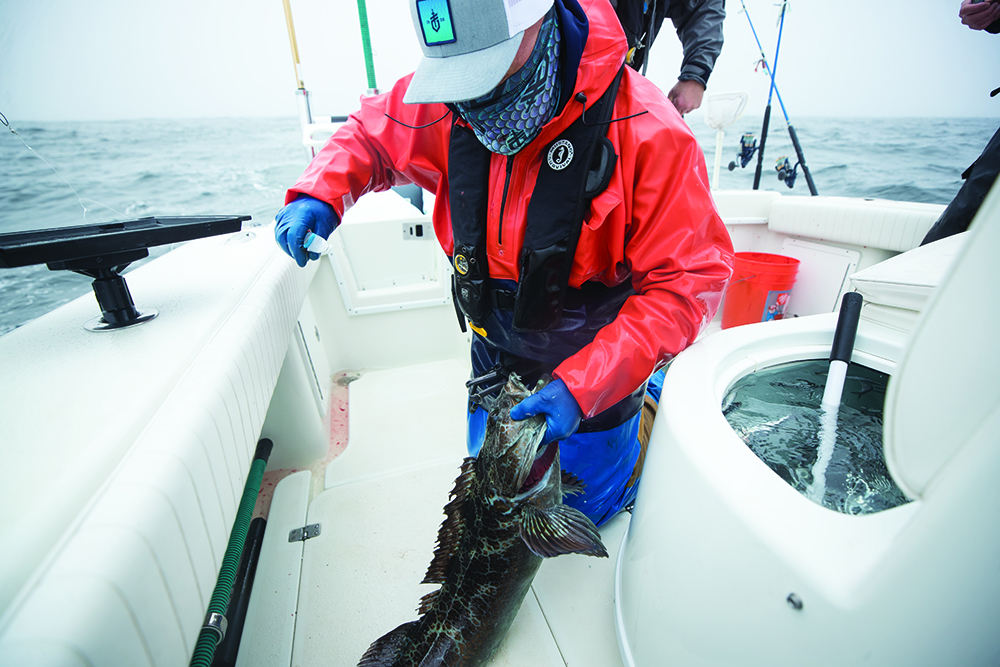 Hooks were removed utilizing amazing Gerber Magnipliers. We made sure the fish were bled as they came onboard the boat; implementing the Processor shears and Crossriver knife made this requirement quick and easy. The catch was thoroughly iced. We did a quick tidy up on the boat to get some blood off of it as well as the team and we headed north to the mouth of the Columbia River.

Fortunately our crossing back into the river was uneventful because of a softer afternoon tide and milder seas. We rolled inside to Buoy 10, stopped and relayed the Bar conditions to another charter boat that was inbound, then we hung a left behind the A-Jetty on our way to continue our day in the Port of Ilwaco. 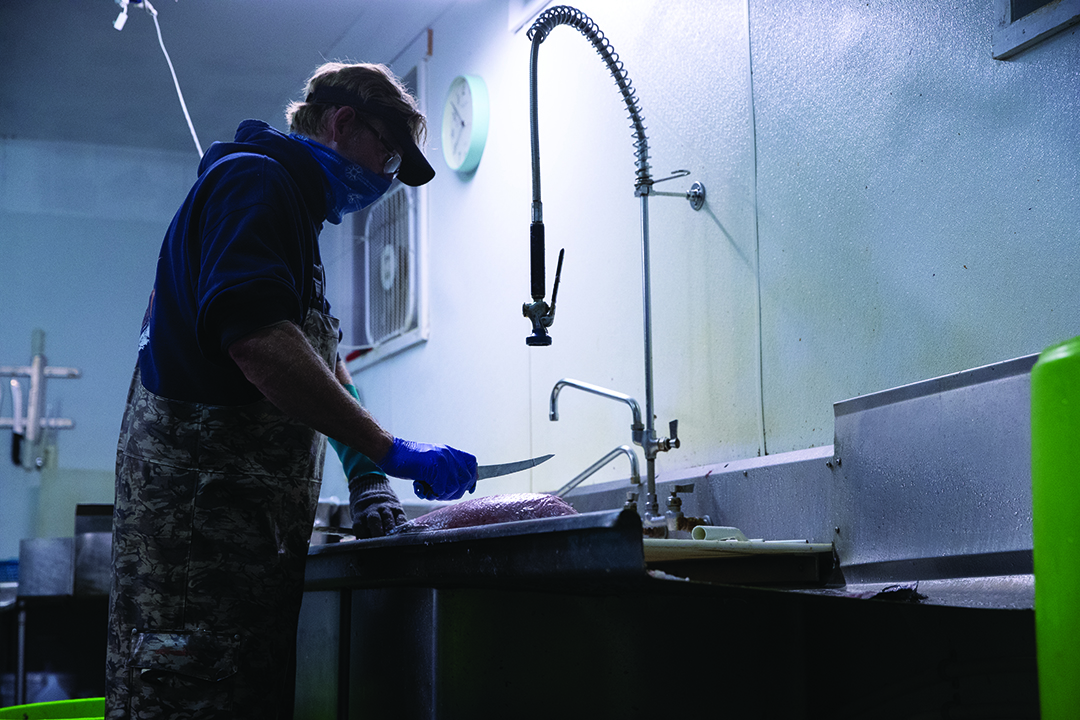 Once the Liberty Gun was tied off, the team took a shoreside break to stand on solid ground and put gear away in vehicles. We rallied again at the boat a short time later to take some photos of the catch and to offload them for their trip up to Tre-Fin Foods, where they would be processed by some of the best fish cutters and purveyors of seafood on the west coast. Mike Domeyer and team, did an excellent job processing and packaging our catch. From the moment it leaves the ocean it’s important to care for our fish so they continue to have the spirit of a fun day when they’re removed from the freezer, ready to be prepared into a great meal shared with friends. 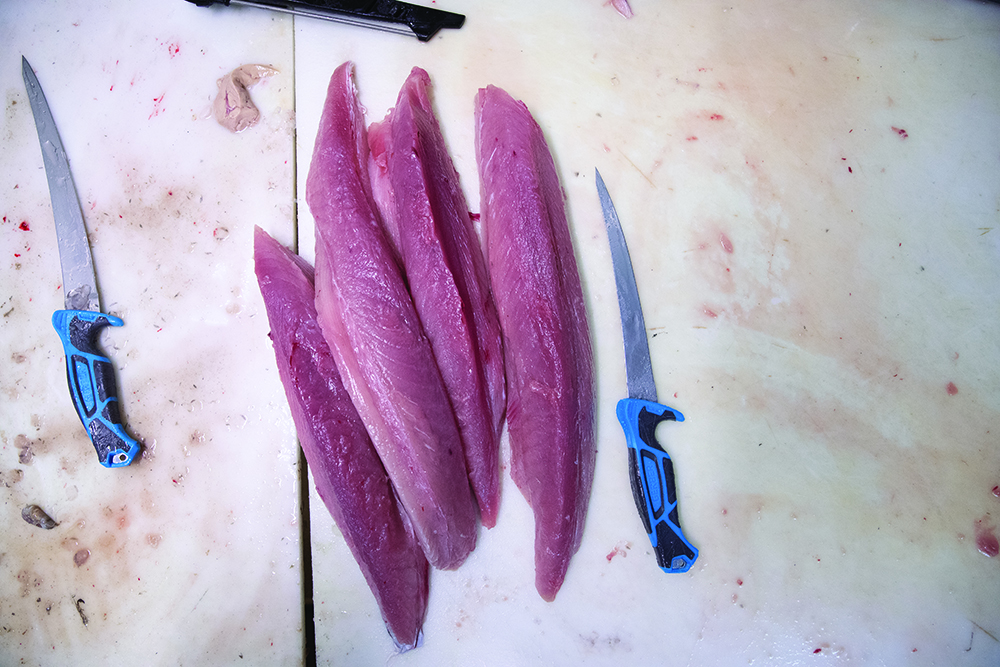 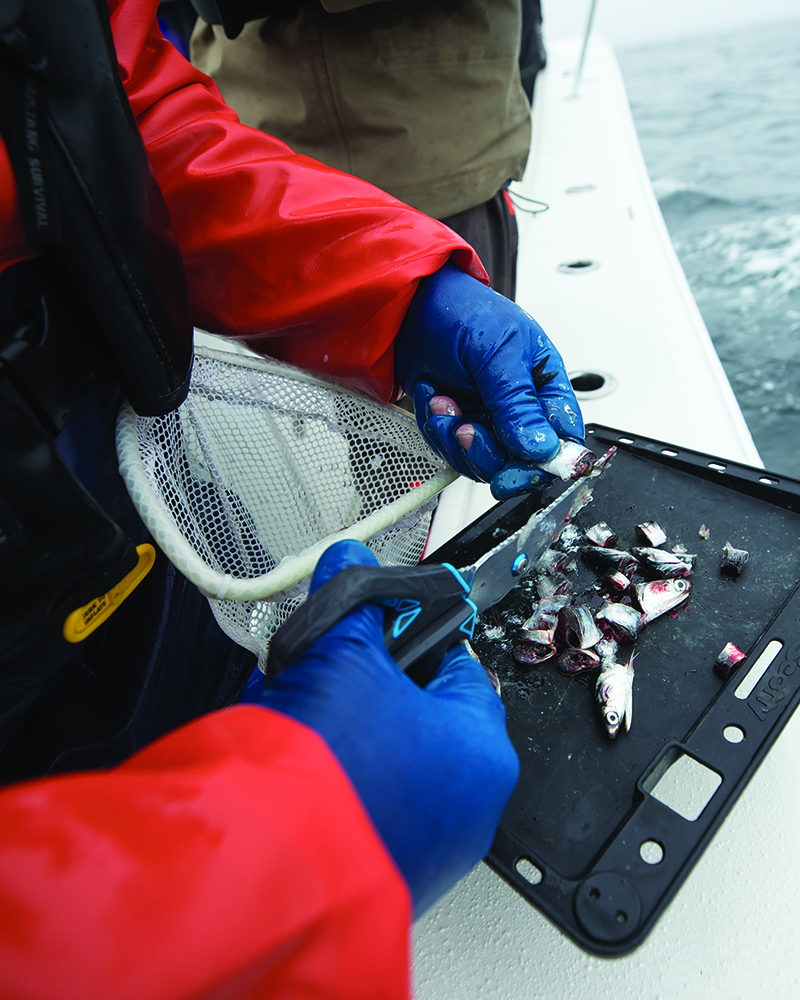 As Anglers, we are constantly attempting to build a better Mouse Trap.  Each year, manufacturers around the world create new lures and fishermen conjure i… Read more

Hello Trouble. You found me this time. When three days of hunting at the gateway to West Texas left me empty handed. It was a couple of perfect spring days in th… Read more

How to Rig a Cut Plug Herring for Salmon Fishing

Right here in my own backyard, I have the pleasure of fishing for Spring Chinook on the Columbia and Willamette Rivers. Herring is by far the most most popula… Read more