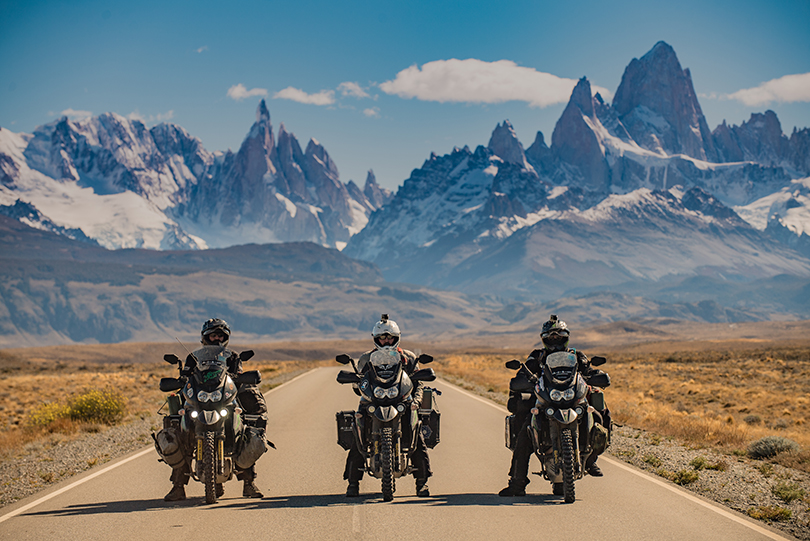 On April 1, 2018, three army vets on exhausted Kawasaki KLRs—and one incredibly grimy support van—rolled into Ushuaia Argentina, marking the end of the 18,571-mile journey from Dead Horse Alaska over 178 days. (The group started with four bikes, but we’ll get to that.) With the trip complete, we asked team rider Wayne Mitchell and videographer Jake Hamby to share some experiences from the first-ever motorcycle traverse of the Pan-American Highway.

Not surprisingly, the team accounted for every conceivable challenge along the way, yet still faced situations they weren’t prepared for. Through blistering cold, monsoon rains, and mechanical failure due to extreme conditions, they found ways to continue on, using only the tools and resources they had with them.
Jake Hamby: “Snow got into the electrical system of one of the bikes and we were unable to fix it. We ended up strapping a Gerber spotlight to the sidecar to provide a little emergency light to the rider.”
Wayne Mitchell: “Not even joking when I say I used my Gerber Center-Drive every day to tighten bolts, open meals, tighten wires that held on my kickstand. I even had my motorcycle pants modified with belt loops so I could keep it on me.”

Riding through Alaska and Canada in November and December, temperatures often plummeted to 20º below at night. Studded tires became rock-hard and lost traction, engines refused to turn over, and heated riding gear failed.
WM: “Motorcycles and people do not operate well in those conditions. We wore several layers of clothing, at one point I cut up a sleeping pad and stuck it into my pants because my knees and shins were cold.”
JH: “Canada was actually colder than the Dalton Highway and we were camping most nights because of the distance between cities. Most mornings we used a portable heater to warm up each engine to get them to start.”

The US and Mexico provided a welcomed intermission from the elements, other than some occasional rain and high winds, but trading the freezing cold and snow of the Arctic for the monsoons of Central and South America was no improvement. A wetter-than-normal dry season in Panama left the team battling thick, unforgiving mud.
WM: “Everything was coated in mud after the first day. The tires picked up heavy amounts of debris (mud, sticks, leaves, and one tuna can). It would block up the fender well and lock up the back tire. Sometimes we would have to stop every 300 meters and clear out the wheel and cut vines and grass away from the chain and axles.”
JH: “Trying to ride through a giant mud pit in the jungle destroyed the clutches on the motorcycles. We used mechanical winches, pulleys, and good old-fashioned raw manpower to get through. At one point we created a zipline over a particularly rough section and sent the bikes across that way. We ended up abandoning one and just pushing the other three out.”

When the team finally emerged from the jungle, they were filthy, exhausted, and pushing three crippled bikes. They agreed to head into the nearest town for some much-needed rest and repairs before finishing the last leg of the journey. But the adventure was far from over.
JH: “We popped out of the jungle onto the Atrato River and had to take a boat to Turbo, Colombia. The only boat available was extremely tiny, but the crew insisted we could put all three bikes, the nine of us, and the three of them on the boat. We crossed five miles of open ocean in the middle of the night and the boat had no lights. We were all hyper-aware of the fact that if the boat went down, that would be the end of it.”
WM: “Even though we made it through the Darién in 8 days, we ended up spending nearly 15 more days in Columbia waiting for parts and repairing the bikes from the damage we did dragging them through the jungle. We had to make up lost time and most of us had to be back to work in the United States. We ended up doing a couple 500-mile days and rode at night on long stretches of desert or grasslands where the roads were straight and flat.”

Finally, the team completed their journey. Tired, dirty, and thankful to be crossing the finish line, they dropped their kickstands down in Ushuaia Argentina. Although there is already talk of the next big adventure, for now the crew is enjoying the return to everyday life and focusing on producing a documentary film of the trip.
JH: “Really, no one else has ever ridden from AK to Argentina through the Darién Gap in a continuous trip, and we captured it all. We’re really excited to finish the film and show some stuff that hasn’t been seen before.”
The team is aiming for a late-2019 release.

Not even joking when I say I used my Gerber Center-Drive every day to tighten bolts, open meals, tighten wires that held on my kickstand.

Linkedin
Through the extreme landscape of mud and water, all four of the crews bikes broke. The first to break was left behind in the jungle. It was too far still to go to push and pull a broken bike. The remaining three trekked along for most of the jungle before succumbing to mechanical failure. With still quite a bit of the jungle to cover, the team pushed and pulled the bikes the remainder of the trip through the mud. See how the crew deals with unruly amounts of mud as they trek through the Darien Gap. Hint: it takes a village.

Linkedin
When we left the town of Cristales we all thought we were nearly home free. This was not the case! What we didn't realize is that the river route through the Atrato Swamp is a little shallow and we quickly found ourselves trying to move our heavily laden boats in only a few inches of water. As you can tell from everyone's faces, we were not in the mood. Eventually we ended up having to unload the bikes from the boats, roll them through the real shallow bits and drag the boats behind. The moral of the story? Don't take motorcycles in swamps.

Linkedin
Nothing in the jungle comes easy, the least of which is a good night’s sleep. Day two of trying to cross the Darien Gap by motorcycle and the team is already tired. Stifling heat, high humidity, and exotic plants and animals make it difficult to find a comfortable place to rest for the night. Wayne breaks down how he stays off the ground and out of harm's way.

Invaluable in the jungle. Each night we needed to clear an area big enough for our hammocks.

Linkedin
The Darien Gap is dominated by mountainous rain forests on the Panamanian side and the Atrato River delta on the Colombian side. The full length of the Gap would be wet and cavernous. Both do not make ideal conditions to take a motorcycle through. Once we entered the the Darien Gap, we quickly realized how much wear the mud was putting on the clutches and engines. Knowing that this wasn't a quick day ride, we tackled every obstacle as methodically as possible to make sure we succeeded in making it through to Colombia. The video below is an example of the Trouble we tackled everyday in Darien. Sometimes with brute force. It’s difficult to imagine that an expedition stretching from the subzero tundra of the Arctic Circle to the sweltering deserts of South America, spanning some 19 thousand miles across 14 countries, could have a “dangerous part.” But for the Pan-American Highway, the Darién Gap is exactly that. A lawless expanse of swampy jungle occupying the borderland between Panama and Columbia. The highway evaporates leaving 100 miles of muddied rivers and tropical flora, before coming into clarity a hundred miles to the southeast. Constructing roads or bridges through this region would be a logistical nightmare: extremely costly, both economically and environmentally. So there are none. The geography on the Colombian side is dominated by the Atrato River delta, which creates a flatland of marsh and swamp fifty miles wide at its narrowest. The Panamanian side features a mountainous rainforest that rises and falls dramatically, from yawning ravines drawing cavernous swaths across the valley floor, to the soaring peak of six-thousand foot Cerro Tacarcuna. The region teems with peril. Exotic plants, snakes and insects. Stifling heat and humidity. And of course, drug smugglers, poachers, human traffickers, and antigovernment guerillas. Run a quick internet search of Darién Gap and you’ll find among the included terms “monsters,” “terrifying,” “missing tourist,” and “death.” The dangerous part. Which is exactly why the Where the Road Ends crew has spent the most time and energy planning for this stretch. It’s why they’ll be leaving Deadhorse, Alaska, amidst some of the coldest temperatures on the planet—so they can hit the Gap in the dry season, minimizing at least one threat from the roiling jungle: seasonal monsoons. Where there is no path, the team will hack their way through vines and ferns and mangrove. Where there is no bridge, they’ll cross gullies and ravines using rudimentary rope-and-pulley systems—ferrying bikes and gear one gondola at a time. And even as they plan for every pitfall, and meticulously navigate the route, there’s still the issue of food. The team will thoughtfully pack what they can, and rely on plantains and rice to round out their diet, both of which are plentiful in the region. They want to err on the side of caution, but space is limited so they’ll have to be intentional, hoping for the best and planning for the worst. Because even with all the planning, packing, and precautions, there’s only one thing this crew knows for certain: there are no certainties in the Darién Gap. Linkedin
The Darien Gap is full of deadly obstacles: sweltering heat, untamed jungle, and disease to name a few. The crew has to prepare for all of them and pack accordingly. Simon, the team medic, breaks down what he’s bringing into the Gap to keep the team alive if disaster strikes.

TOOLS IN THE DARIEN GAP

Lots of thorns out there. We are probably going to have to be removing them from people.

Linkedin
Any road trip can bring unpredictable camping locations, and this trip is no exception. Where the Road Ends crew ended their night in an abandon building on the side of the road. These deluxe accommodations offer protection from the elements, separate cooking area, and ample room for the group to spread out. Check out Simon's video for the tour:   Nothing beats a night under the stars. 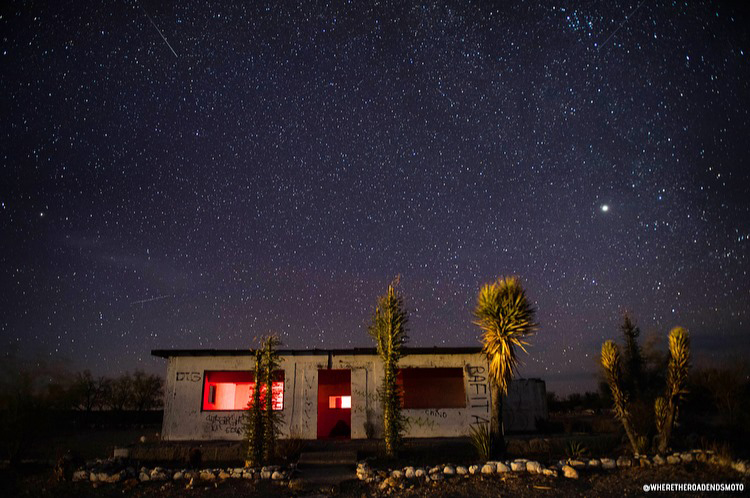 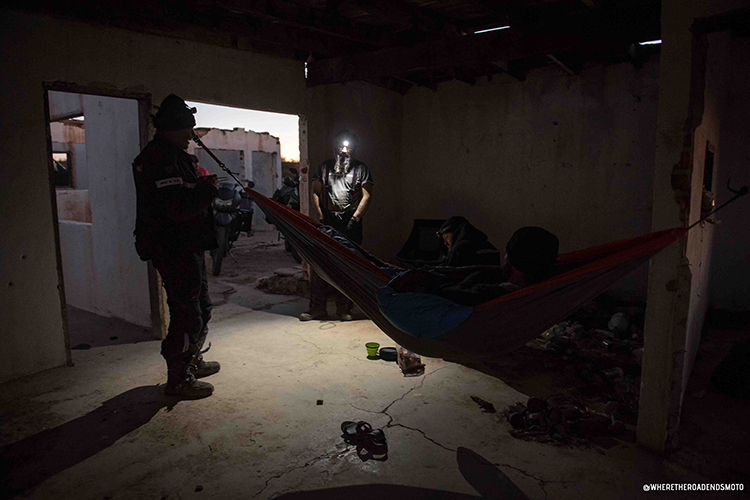 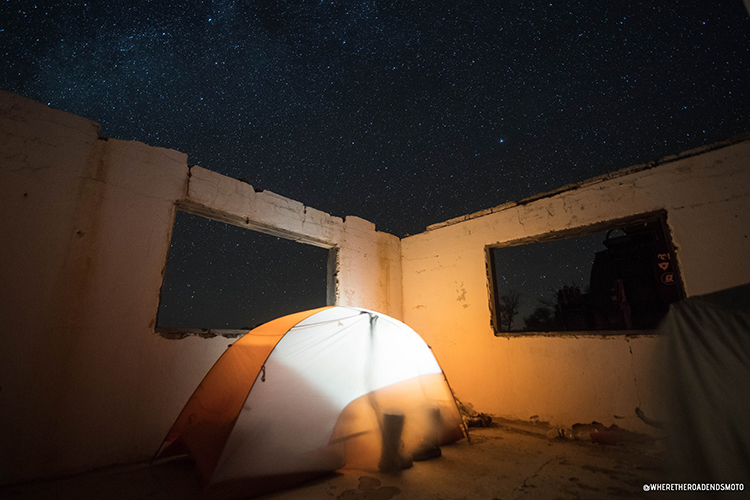 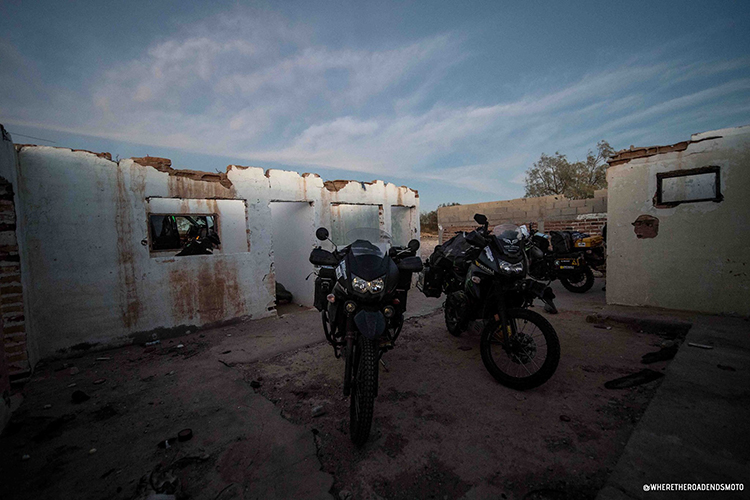 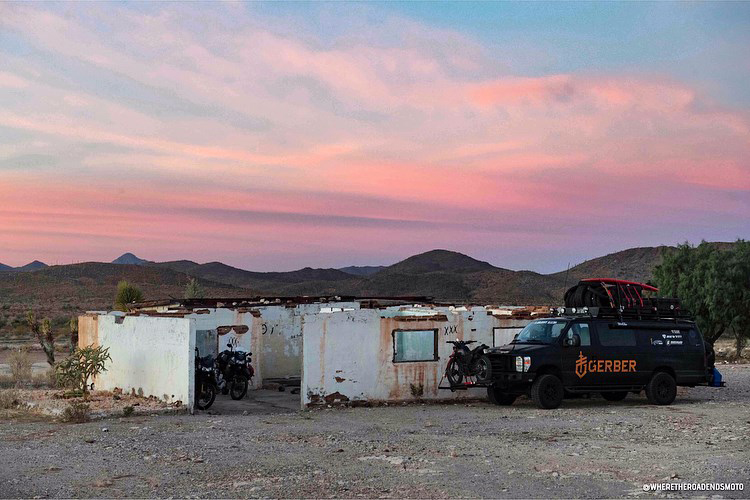 Linkedin
As the Where the Road Ends crew made it's way through the Pacific Northwest, they stopped by the Corner Saloon to meet with Gerber and the community. The crew shared some stories around a pint, showed off the alterations they have made to the bikes and Boar, and enjoyed time off the road. 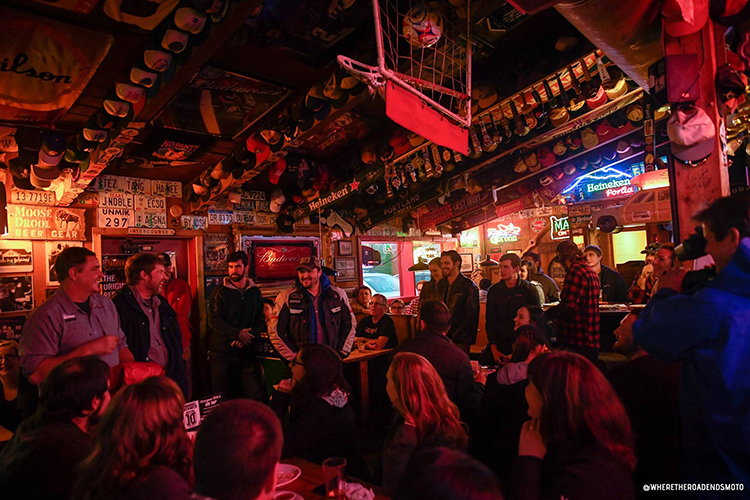 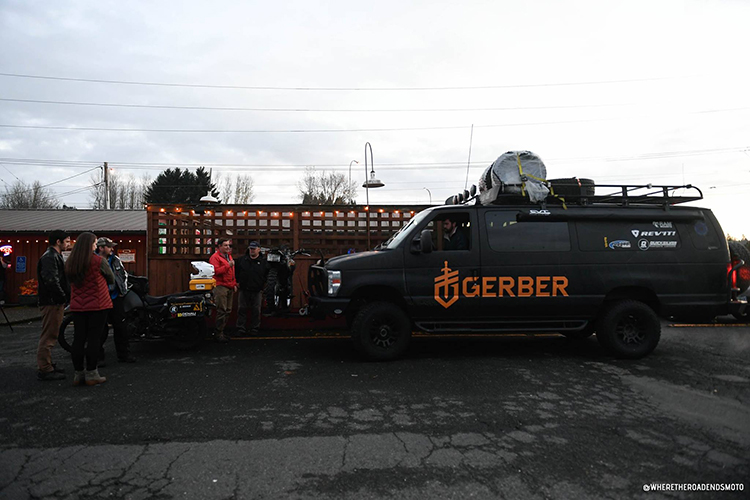 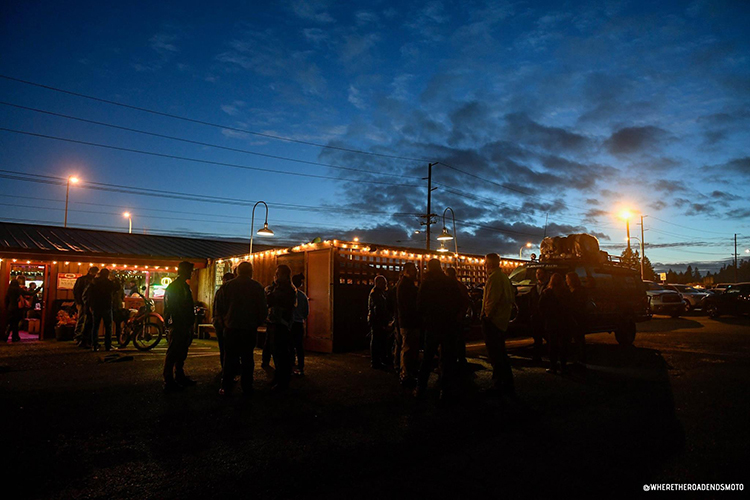